Learning Vietnamese is a matter of trial and error for a Dutchman like me. Every Wednesday I travel from Amsterdam to the Volksuniversiteit in Leiden to attend to Vietnamese class. The class is organized by thầy (teacher) Lam. Although the atmosphere in class is relaxed, I always feel a bit of anxiety before entering the classroom. In the past I learned to speak German, English, some French. But this time, it is a different cookie, a different biscuit, to use Louis van Gaal’s (in)famous words.

Approximately 59 million people speak Vietnamese worldwide*. Vietnamese is spoken in three dialects, corresponding to the three main regions of Vietnam: Northern Vietnamese (Hanoi), Central Vietnamese (Hue ), and Southern Vietnamese (Ho Chi Minh City). The Northern dialect forms the basis of the standard language and is the prestige dialect. The dialects differ mainly in terms of pronunciation and to a limited extent in terms of the vocabulary.

With the French invasion of Vietnam in the late 19th century, the French language came to replace Chinese as the primary language of use for government and educational purposes in Vietnam. Vietnam remained under French rule until 1954.

Throughout French colonialism, a number of French words were adopted and adapted by the Vietnamese language, including “dam” (from “madam”) and “ga” (meaning train station, from the French word “gare”).

It was not until Vietnam achieved independence from France that the Vietnamese language gained official status in the country. The need for a simplified standardized writing system encouraged further development of Quon-ngu, which still serves as the official language of Vietnam today. 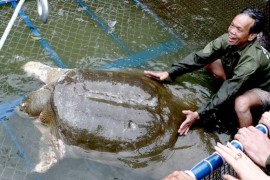 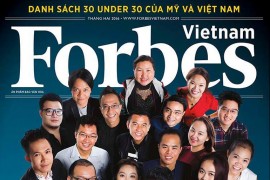 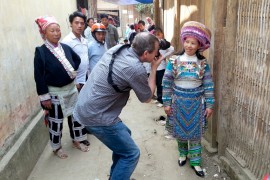 On the road with friend and photographer Ton Koene 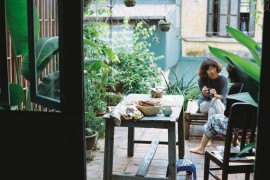